What this means for me is that I have to use compressed ore instead 425mm railguns to get minerals to my manufacturing station. There's too little ore on the market right now for this, but hopefully that will change after the patch.

Calculating the ores I need to produce a particular quantity of minerals is going to be a PITA, but I can probably do it with a spreadsheet.

I'm going to need a lowsec reprocessing tower. Can probably use a small and leave it offline when it's not in use.

Well, I guess this is what I get for not logging in for a month.

No, srs -- I let my contracts lapse without making new ones, adjusted market orders maybe twice toward the beginning of the reporting period, and the damn thing still handed me 10 bil. It's getting embarrasing. 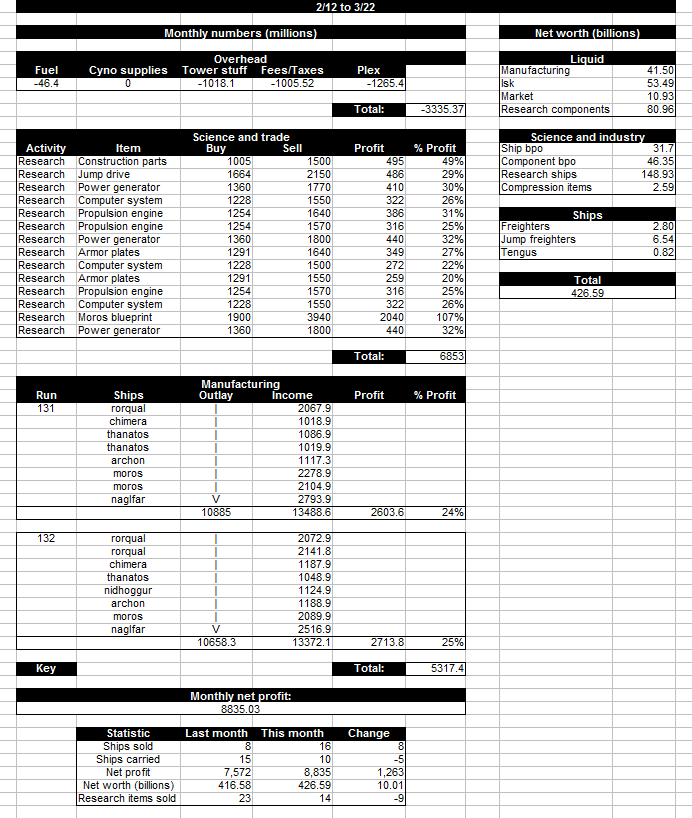