So I said I'd stop bringing it up if monthly average profit stayed constantish, but it didn't do that. Now it's up to 900.

Since it's still increasing, I decided to take monthly averages for each week, which came out thusly:

If I didn't know better, I would say that people are starting to use my hub more because it's a hub.

In other news, I have a number of items out of stock because of price increases due to the T2 changes. The changes are causing the most problems with cov ops ships, which move pretty quickly in my system and which also increased in price dramatically after the patch. Prices on these are falling, so I'm temporarily holding off on restocking them.
Posted by Parasoja at 7:29 PM No comments:

With a little more data the monthly average profit came up to 0.75 billion and stuck there, so unless it changes much in the next week I'm going to call that the correct number and stop tracking it.

The question now is how much time I have to spend per month to keep it going. It might take a few months to get a feel for this.

Also, I updated my stocking tool to show how many of each item it's set to want in addition to how many I'm short by. The goal of this is to avoid restocking items which are nowhere near being sold out, which will substantially reduce the amount of time I spend buying items and recreating orders.

This here diagram shows systems which are important to my various projects, the routes taken by the materials for those projects (and a return route if needed), color coded by project type. Systems are drawn to be vaguely related to their location on the map, but the network is not to scale. 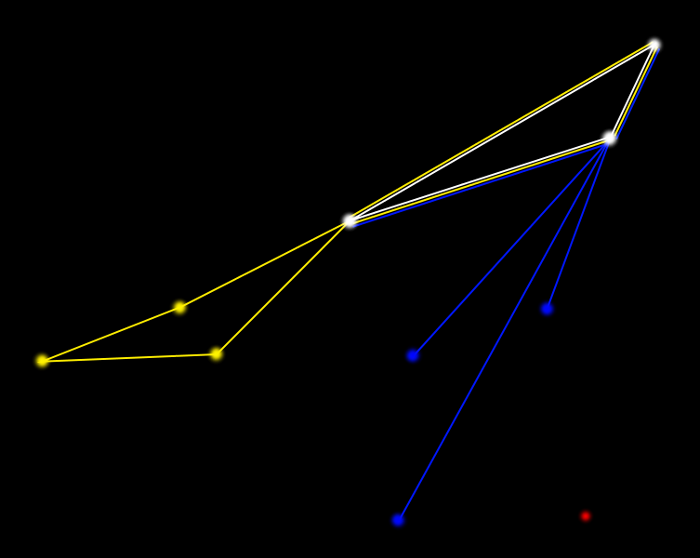 Red represents a system where my corp has standings for jump clones.
Posted by Parasoja at 12:31 AM No comments:

This post will be cross-linked with my capital building guide.

I am contacted regularly by people who want to start building capital ships and have some questions. Often they're interested in starting building with less than the 24ish billion recommended by my guide.

One of them, a longtime reader who has asked not to be named, actually got to production - a rare occurrence for would-be capital builders - and was kind enough to offer insight into his and/or her experience.

The tl;dr is that the recommendation I usually make - buying as many blueprints as you can toward a carrier set, so that you minimize overhead from BPC while still having enough left over to buy minerals - is wrong. Instead, what a new builder should do is build entirely from BPC, reducing startup costs to practically nothing but at the expense of increased overhead.

1. Find a building station. It, or a station in the same system, must have 50% (maybe as low as 40%, I don't really remember) refine rate. Get 6.67 standings with the corporation that owns your refining station. This step is free.
2. Buy and research compression item blueprint/s. 15m.
3. Buy a capital ship hull BPC. ~30m for a carrier.
4. Buy capital ship component BPC. ~115m for a carrier.
5. Buy minerals. ~1100m for a carrier.
6. Compress minerals. If you can't both acquire and compress your minerals in a highsec system adjacent to your building system, you'll probably want a freighter (1430m) to move things around.
7. Use a covert ops transport (~110m) to move the compressed minerals and the blueprints to the building station. Alternatively, contract black frog.
8. Decompress and build.

Reference my guide for the long versions of these steps.

This method gives a startup cost, for an incredibly minimal, somewhat inefficient, and somewhat pain in the ass process, of about 2.8 billion. I rather suspect it will have scalibility problems, but if you aren't trying to build 14 ships at the same time it should work just fine. Just be careful that you're making a meaningful profit after BPC; once margins on hulls return to normal, those could really eat into profits.
Posted by Parasoja at 10:59 AM 10 comments:

I'm doing profits by hand. It's a pain, but the number of transactions is low enough that it only takes a few minutes per day. Not sustainable in the long run, but okay for getting a baseline.

At the time of writing I've made a massive 133.6 million isk in profits, not counting any transactions from the 1st and the 2nd because of the attack. If this keeps up it will come to an utterly mind-boggling 570m/mo.

Which might be worth the effort, actually. We'll see how it goes; right now the data set is excessively small.

Posted by Parasoja at 2:46 PM No comments:

Also this month my net worth broke one third of a trillion isk, a ~mere~ 7 months after reaching a quarter-trillion. I still plan to spend a bit on big-ticket items, but if I decide to get into trade that plan may be delayed until after 400 billion or so. 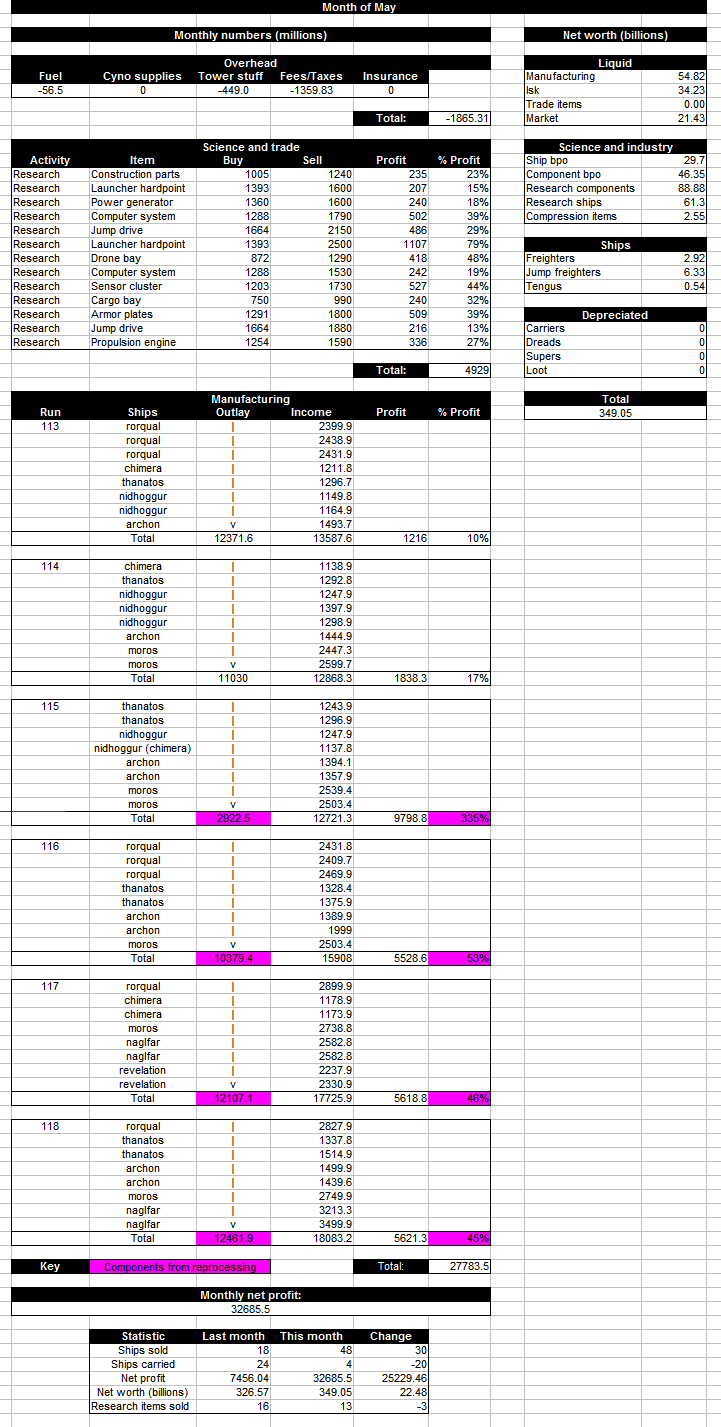