(the one that's already running, in forge)

This is ticking along just fine, aside from some product that doesn't want to move lately (phoenixes and naglfars). The additional component blueprints which I have been researching for this process are finishing in the next month or two, which should eliminate the component bottleneck that I'm experiencing right now.

Once that's finished I should have some spare capacity, and plan to add some new ship blueprints -- a third rorqual and second moros for certain, followed by a second thanatos, archon and possibly nidhoggur. In the long term the goal would be to balance my blueprints so that nearly all my manufacturing slots are in use at all times.


(the one that I'm starting up in domain)

There are still months to go before I install the first runs for this one. Currently I have at least one of each component blueprint (though I am 7 component blueprints short of the set I'm working toward with process 1) and am in the process of acquiring ship blueprints. Currently I have two each of rorqual and thanatos, and one each of chimera, naglfar, and revelation, all of which are in research. The reason for the second thanatos blueprint is that I intend for process A to get up to speed much faster than process 1 did, since I now know what to expect.


Something else that I'm looking into for the non-immediate future - say, a time when I have spare liquidity that isn't earmarked for blueprints - is expanding my mineral buffer to a point where I'm keeping minerals for three runs of each ship blueprint in production, instead of two. Right now I'm keeping a two-run buffer on the theory that I'll get to build the components for the next hull while the current hull is in production, but in practice this has turned out to be a bumpy process because I wait for 4 ships to finish before buying a run of minerals, and components can fall out of production in the meantime. Efficiency is pretty good now, but by expanding my buffer I can increase it further while simultaneously decreasing the pain-in-the-ass factor.

Why the unified invintory is objectively bad

The corporate hangar is now open to division 1.

The corporate hangar is now open to division 1.


tl;dr the unified inventory would be great if it weren't fucking horrible.


Liking the price estimates, though.

They're toxic assets right now. There are 8 of them on the forge market for less than they cost to build, and still nobody's buying. I have four phoenix hulls gathering dust right now, and the time has come for me to give up on waiting for the market to recover and put that money back to work. Fortunately I'm not a complete moron, so I won't be selling them for less than mineral price. Instead, I will be reprocessing them. It works like this:


This, of course, begs the question: If reprocessing phoenixes to build other things is a good idea, should I buy phoenixes off the market to reprocess? To which the answer is "yes, but I'm not going to." tl;dr is as follows:

1950*0.95=1850, so reprocessing a phoenix which is selling for less than 1850 million is cheaper than buying minerals. The cheapest phoenix on market is 1725 million, which is a savings of 125 million. Taking advantage of this would entail spending liquidity on ships, moving the ships to my building system, reprocessing them, and playing spreadsheet-fu. I currently have enough liquidity to buy 4 phoenixes, which would save me 500 million isk and involve hours of work. In short, I would be expending actual effort in order to make the sort of money I usually get from the sale of 1 to 2 hulls. This is unacceptable.

Somebody else might consider making a go of it, though.


Anyway, the personal effects of this will be as follows: 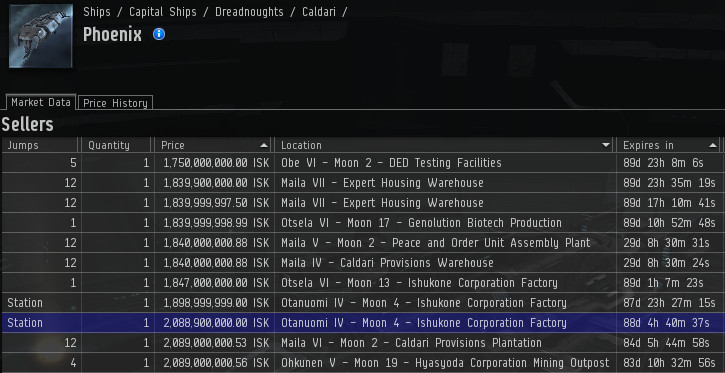 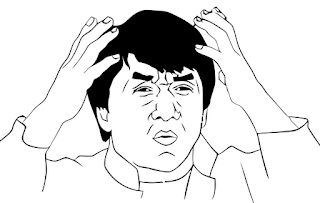 You see this shit? This is what happens when people have a price war in a market that shouldn't ought to have price wars in it. Mineral cost for a phoenix is 1950; I guess I'll be holding the ones I have for a while more.

That, or reprocessing them for components. At this point I could totally do that and still make a profit, since I built them at 1700.

On a related note, most minerals stopped decreasing after an overall drop of 5%. This may have something to do with highsec mining being down by 45%.
Posted by Parasoja at 1:45 PM 1 comment:

Over on r/eve somebody (hi Johnny) asked the question "What do you think is going to happen with mineral prices because of the drone alloy nerf?"

Discussing the issue caused me to look at some market graphs, and I noticed something in the short term which is giving me the screaming heebie-jeebies.

I don't feel like speculating about the long term, and I really hope that the drop in demand is a temporary thing while people adjust to higher prices, but right now my "mineral prices going down will really suck for me" sense is gibbering about a possibly-significant crash happening right now. That sense is a little overactive, but I don't like to ignore it so precautions of an undisclosed nature are being taken.


Fun, semi-related fact: I personally account for one-ninth of one percent of mineral volume moved in the forge market.
Posted by Parasoja at 9:36 AM 2 comments:

So, funny thing. I have two accounts, which gives me up to six building characters. I have three currently, and I've been training the other three.

Now, stations have a maximum of 50 slots. My current building station has one or two other people building in it, and on rare occasions can run out of free slots. Also, three characters is more than enough to keep one of each capital ship blueprint in production constantly.

I'd like to build with all 6 characters. To accomplish this I will start a second capital manufacturing process, hereby named process A, in a different station. Also a different region, which should provide valuable data, let me station trade ships in twice as many regions should I decide to get into that, and mitigate the small amount of downward pressure on prices that I exert.

A will take a while to get running, because I need to get component and ship blueprints for it.

The state of process A component blueprints is thusly: 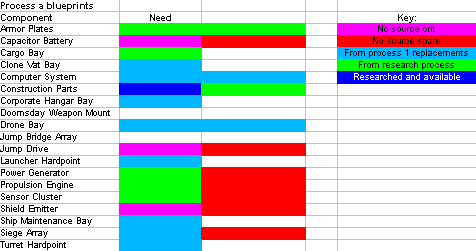 Ships will be the hard part. Clearing out stock that I've been holding because of the mineral price increase should free up quite a bit of liquidity, and I can hope that I sell a supercarrier bpo, but odds are I'm going to end up putting all my spare change into ship blueprints for several months.
Posted by Parasoja at 10:46 PM No comments:

Well this'll be a weird one. 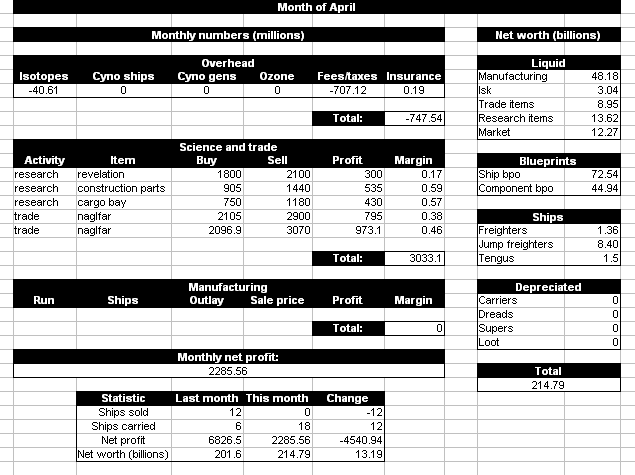 The reason that no ships are showing up under the manufacturing section is that during this month, no builds (which consist of 3-4 ships) sold all their ships. This is the result of the whole "holding on to ships for hilarious profits" thing, which - as you might guess from the fact that I increased my net worth by 13 billion isk this month without doing any actual work - is going pretty well. Most ships are currently at reasonable margins above the new mineral price, with the notable exception of the phoenix. Thanatos is selling a little low at 18% over mineral, but that's still a profit of 200 million.

The revelation blueprint in the science and trade section was only researched to 1/0, in case anybody was wondering. I had gotten an NPC blueprint to research a few months back, but somebody finally put up a 6/1 for a reasonable price. Now I'm using that and my old 3/1 is in research.


In unrelated news, as of about two days ago I have been playing eve for half as long as the game has been running
Posted by Parasoja at 3:55 AM No comments: