I wasn't even carrying anything...

My fit has some faction and A-type mods on it, but they're only worth about 700m.

Since I needed a tool to tell me if trade is actually making money, I started working on one. What I've made so far is something that takes these transactions:

And returns this output:

If I delete the database and re-run it, it initializes correctly.

If I then run it with only the first two transactions, it returns correct values (0 on market, -0.02 profits).

If I then run it with the next two transactions, it returns correct values as you see above.

These don't quite add up to it definitely working correctly, but they are encouraging signs. I'll plan to give it a real test run soon(tm).


*It took longer than I would have liked to be sure about this.
Posted by Parasoja at 12:55 AM 5 comments:

So it occurs to me that before I can actually make a list of items to stock systems with, I first need to decide what sort of systems to stock. There seem to be several options:

Highsec: No. Just no.

Lowsec FW area: Putting a bunch of people in a clearly defined volume of space and having them shoot at each other should make for a wonderful trade opportunity. The downside is, I'm pretty sure everybody else knows this too. I would tend to anticipate a lot of competition, and getting in on this would probably involve first learning about FW.

Non-FW lowsec and NPC nullsec: These areas should give me larger margins, but one expects the volume to be much, much lower. Bonus points, though, for less frequent restocking.  Access to player sov stations would be optimal, but I don't have that.

Nullsec entry systems: One expects stocking these could result in higher volumes and higher margins than many other highsec/lowsec systems.

Incursions: I don't at all feel like chasing these around.


In theory I can stock between 6 and 11 systems, depending on how thorough I want to be, so I'm not restricted to only one of these options. Lots of research to do, I guess.
Posted by Parasoja at 7:36 AM 7 comments:

Trade: Putting the cart before the horse

Since I've got extra isk piling up, it's past time I got another investment going. Alas, trade is the only thing that comes to mind.

I'm not at all interested in hauling things between hubs or doing margin trading, so that leaves stocking systems. To that end I've written a handy program to tell me which items I'm missing in which system.


Now all I need is one which will tell me if I'm actually making money.
Posted by Parasoja at 8:33 AM 4 comments:

Tower stronted, labs are back online, and, most importantly, dickstar mods are anchored and I actually know what to do with them. 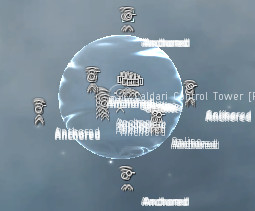 At the very least, I expect to attract a better class of nuisance.
Posted by Parasoja at 12:32 AM 4 comments:

Yeah, they totally dropped the wardec. Now I just have to rep the tower and anchor dickstar mods.

On a side note, in case anybody was wondering what the pos gunning interface looks like: 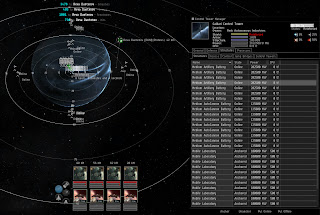 Remember, kids: Listen to your readers.

I hadn't quite gotten around to putting scary modules on my tower to ward off nuisance wardecs, and seem to have pulled one. 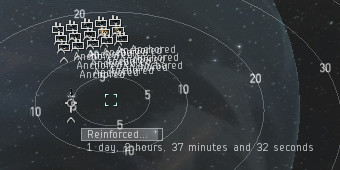 In theory just onlining guns should make it too much of a pain to bother killing, but I've contracted some mercs to make it a sure thing.
Posted by Parasoja at 8:32 PM 5 comments:

Prices have settled down, and it looks like almost all capital hull and component blueprints have increased in price by 11.15%. The exception to this is the rorqual, which barely changed at all. Because the rorqual price increase was small, my estimate that my net worth had increased by 21 billion isk was slightly high; the actual figure is 18.49.

Of course, at the same time that happened I have also had 7 naglfars worth of isk disappear from my balance sheet when I reprocessed them for components. That isk will reappear in a month or so when the runs built from those components finish selling, so the large gain on my financial report will show up probably next month.
Posted by Parasoja at 6:46 PM 2 comments:

The price of capital ship and capital ship component blueprints from NPC sellers has risen over the last few weeks, and I can't find anything in patch notes. Does anybody know why this is happening?

I'm not complaining or anything - if NPC prices stay where they are today the increase of 10.9% will have increased my net worth by 20 billion isk - but I am very interested as to why this is happening, where prices will stabilize, and what's going to happen next.
Posted by Parasoja at 4:13 PM 7 comments:

I said I wouldn't do it, but I did

Just bought 7 naglfar at 150-170m (8%) under mineral price for the purpose of reprocessing into components. This will save me ~1.2b over my next few production runs. I'm still not completely sure this little project is worth my time, but my next financial report is going to need that extra bit of profit. 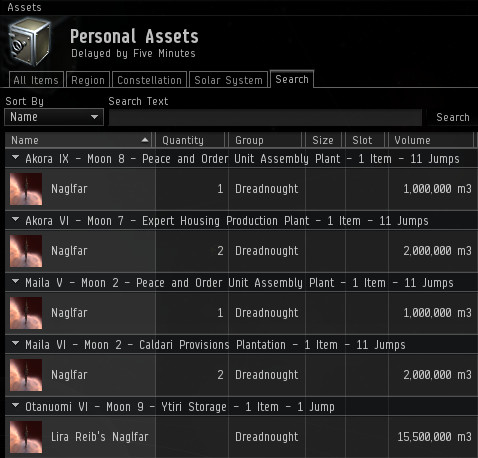 "Is it march already?" edition.

This was a pretty bad month. Slow sales on everything, low margins on ships. My profits would have been under 10b (which has become my gold standard for my science+industry deal) even if I hadn't dropped 2b on a tower which won't start returning profits for another ~40 days.


EDIT 2012-3-4: It turns out that I may have understated my profits this reporting period by about a billion isk, but all of the above statements are still true. 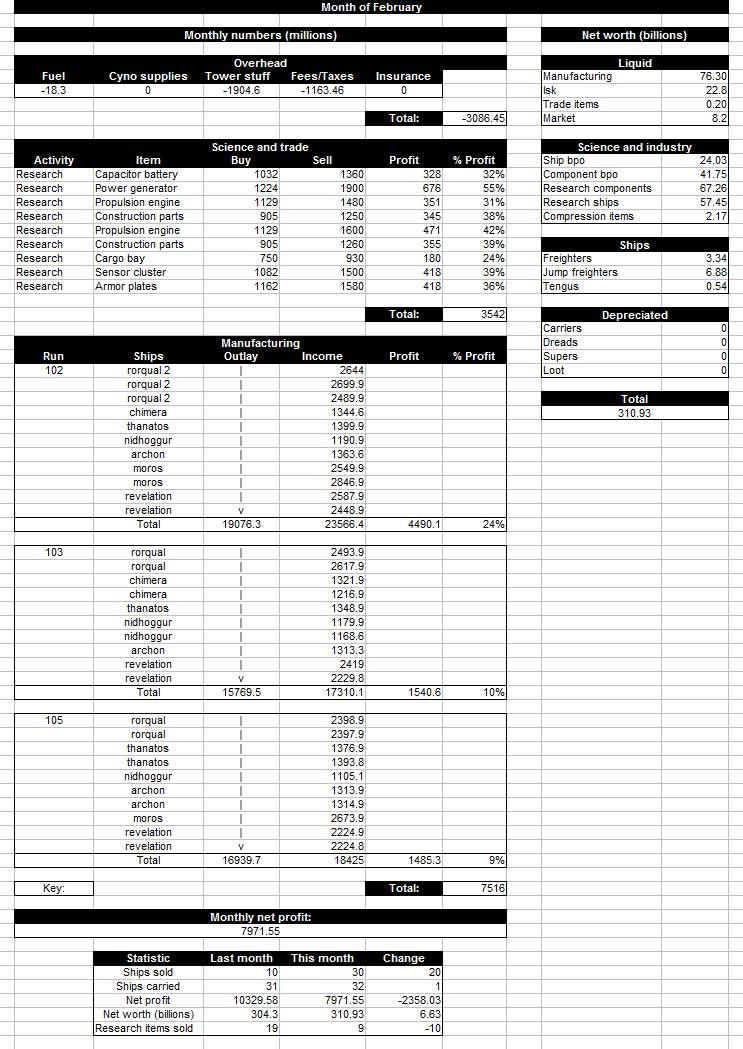 Posted by Parasoja at 5:57 PM No comments: