A year or so back, when my net worth was somewhat lower than it is today, I decided to assign a precise isk value above which one is part of the "super rich". The number I came up with was 300 billion, that being enough to buy a titan, and then replace it, and still have a titan's worth left over.

Anyway, this month I passed the 300 billion mark (not counting e.g. characters and implants, obviously). So, huzzah or whatever.

I guess the next major goal is 1 trillion, but I expect to hang out around 300 for a year or so as there are some purchases I want to make. Getting to a trillion would take something like five years at this rate anyway.


In actual financial report news, this was another very bad month for capital sales but I had a bunch of blueprints come out of research and make up for it. Unfortunately, I will not be producing this many per month in the long run; closer to 13-ish. 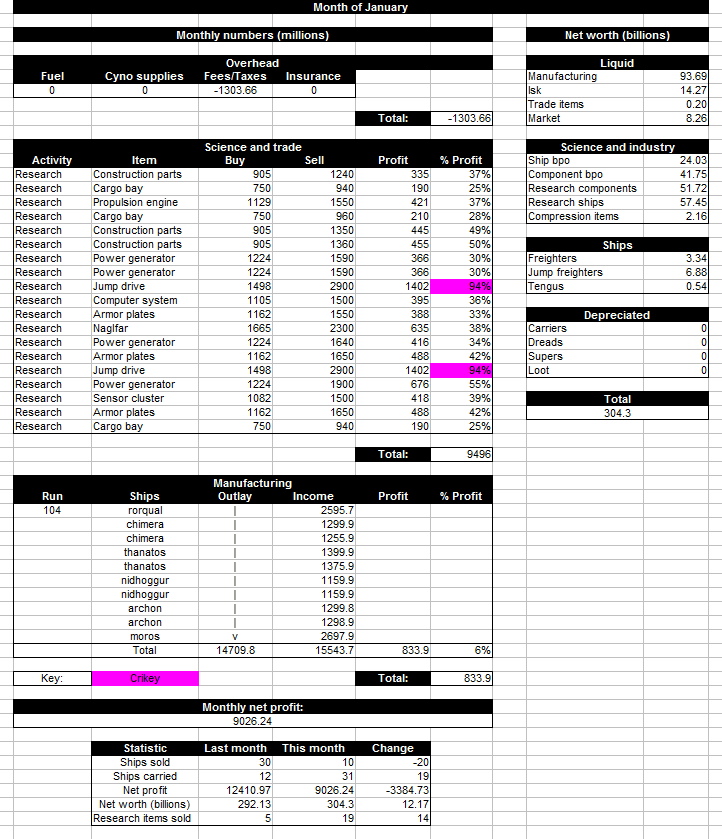