Every so often I hear horror stories about the sec status grind, usually from a lowsec piwate looking to return to the promised land of jita. And usually, they aren't going about it in a very effective way.

So, let's say you need to grind sec status and you don't have safe 0.0 space to do it in. This post will provide a solution.

This guide is not intended to describe the absolute best way to grind sec status. The purpose of the 0.0 ninja series is to impart some knowledge about 0.0 and describe a few things that can be done there in relatively safety.

This guide is specific to guristas rats. Apparently it is possible to do this with other types of rats, but guristas are what I'm familiar with.

The way that sec status gains work is that for every system you kill one or more rats in, every 15 minutes you receive a sec status increase for only the largest rat you killed. Bigger rats mean more status increase.

Since you want to find big rats, the best place to do this is 0.0. NPC 0.0 has lower sec status and therefore more and better rats, but it's also infested with elitepvp scrubs. Player sov space, once you're past the entry points, is safer, but the grind will be a bit slower.

Since you only get a status increase for the biggest rat killed in each system, you want to kill rats in more than one system. Ideally, you would prefer to find a circuit of systems which takes more than 15 minutes to go through while killing one large rat in each.

Finally, the fast talk skill gives a 5% bonus per level to security status increases. Putting a few levels in this could save quite a bit of grind. 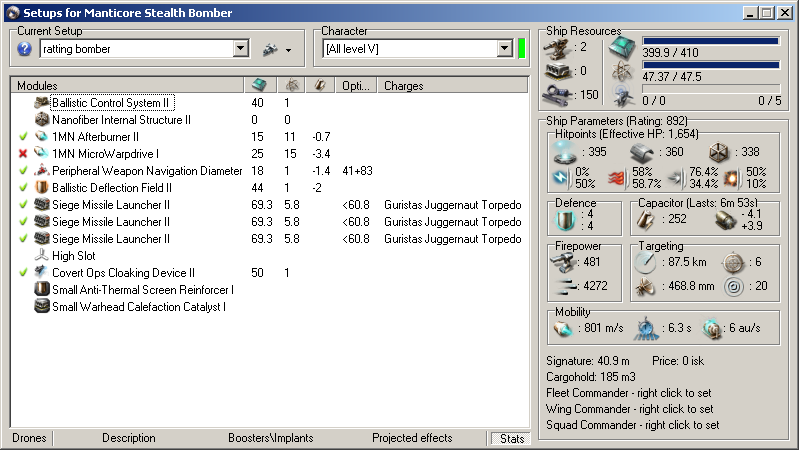 It works, I promise.

You'll probably be looking for a loop of systems, and it may be desirable to have a nearby dockable station to resupply or reship at.

The UBP constellation in geminate could be a decent possibility. I'm not familiar with the locals, but the constellation forms a 7 system loop and the FDZ NPC station is one jump away.

Conversely, it may be desirable to operate further from an NPC station and any pipes, since the further you go from highsec and NPC stations the less likely you are to run into bubbles and pvp ships. Up to you. 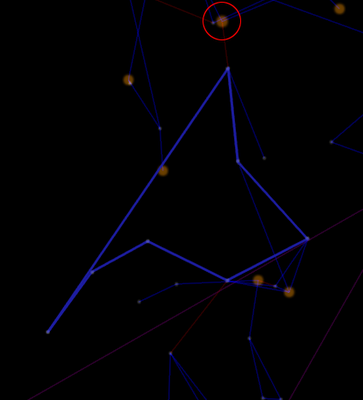 Aside from user error, the most dangerous part of this method is the possibility of running into a gate camp. Last week we covered what to do if you jump into a gate camp [link], but to reduce the likelihood of encountering a camp in the first place you should use the star map's ship kills, pod kills, and pilots in space overlays to determine whether something unpleasant is likely to happen along your route.

For 0.0 entry systems, which are the most likely to be camped, fewer than 10 people in space and only one or two pod or ship kills in the last hour usually indicates that there is not an active camp there.

Once you reach your target area, it's time to get to work.

1. Warp to a belt at 10. If there is a battleship spawn with no elite frigates or elite cruisers, proceed to step 2. If not, proceed to the next belt/system.


2. You might have noticed that the tank on that bomber is paper thin, and it is. Your AB and hardener are your tank modules, so activate them and orbit the battleship you want to kill at 30 or whatever.

3. You can tank battleships all day, but not smaller things, so kill the small stuff first. Frigates, destroyers, cruisers, and battlecruisers should take 1-3 volleys per ship if you have halfway decent skills.

To make it clear what the damage differential is like, here are ranges for volley damage you'll be taking from each class:

4. Being careful not to run into any asteroids, and keeping your transversal up (guristas battleship guns won't volley you, but they can land hits if you let them), kill the battleship.


5. Move on to the next system and start over. Passive recharge will repair your shields between systems.

Once you have the basics down you can start to get fancy - perhaps not always killing the small stuff before going for the battleship - but do wait until you're confident that you know what you're doing. With this setup, when things go wrong they go wrong fast.

Using this method for two hours I was able to achieve a ~massive~ sec status increase of 0.15, from 4.2 to 4.35. Sec status increases more the lower you are, though, so this is unlikely to be a representative figure. If any -10s out there feel like getting some real numbers, that would be pretty chill. Forum threads from the distant past speak of people going from -10 to 0 in a few days, though this may not be reliable data. 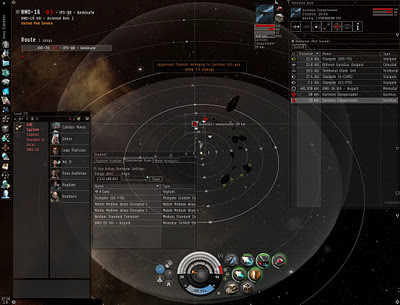