I thought this would be a bad month. I was wrong. 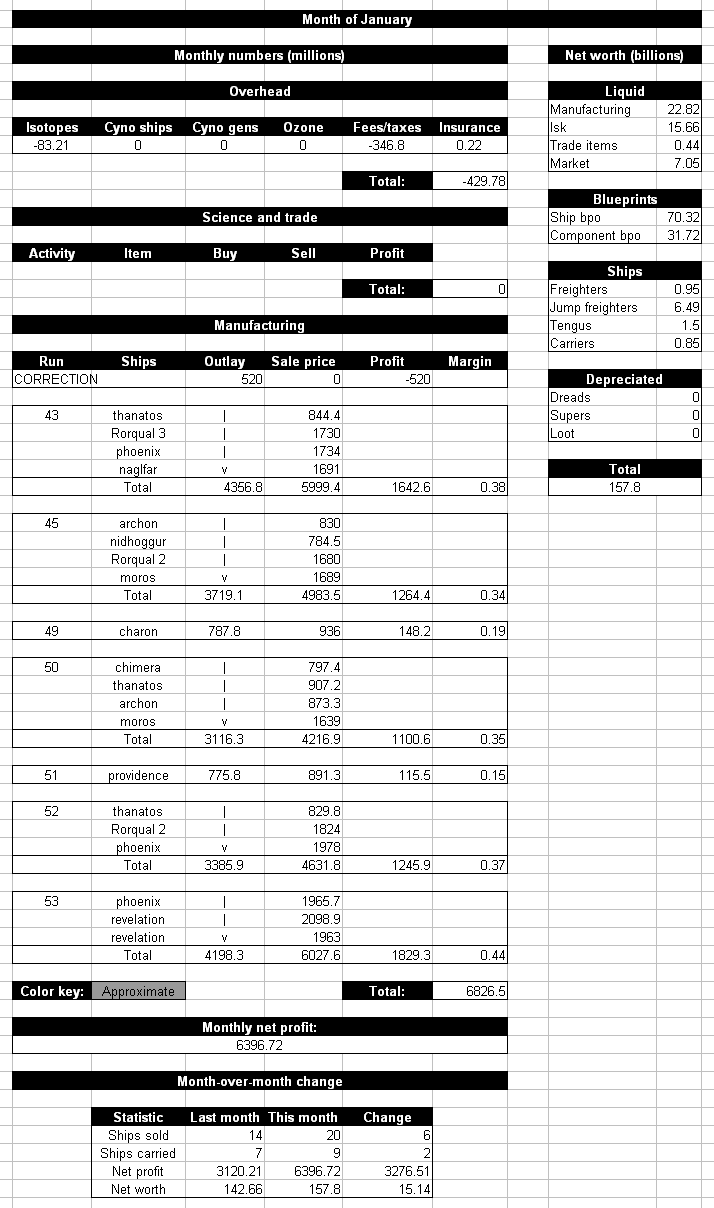 Most of the income that didn't come from manufacturing is from exploration (and the a-type invuln hasn't even sold yet...), but otherwise I think I'm going to stop tracking off-sheet income and expenses. For one thing, it's boring; for another, it hasn't been adding up lately -- probably because of sales of the cap mods and fuel I stock my building system with. I don't track this, and don't really mean to make large profits on it, but it seems to be making at least a billion isk per month.

What? Yeah, a billion isk per month by accident, NBD~~~

Maybe I should think about stocking more systems. There's one in particular I know would be a good market....

Anyway. The new 'ships carried' category under month-over-month change is for ships which were sold but won't appear on the sheet until next month because it's easier that way.

A noteworthy event is that I have actual liquid isk for the first time since starting manufacturing. This will probably go toward replacement component blueprints soon (tm).
Posted by Parasoja at 4:04 PM