It's been a while since I did one of these, mostly because they aren't interesting. This one, however, is particularly illustrative.


This is the method I use to track the status of my manufacturing process. This snapshot is interesting because it's easy to see the progression of runs over time: The first two runs, the hulls are on the market or sold; the second two, the hulls are under construction; and the last two, the components are being built.
Also of note is that I've standardized on 4 ships per run. It's a number that works well for some reason. 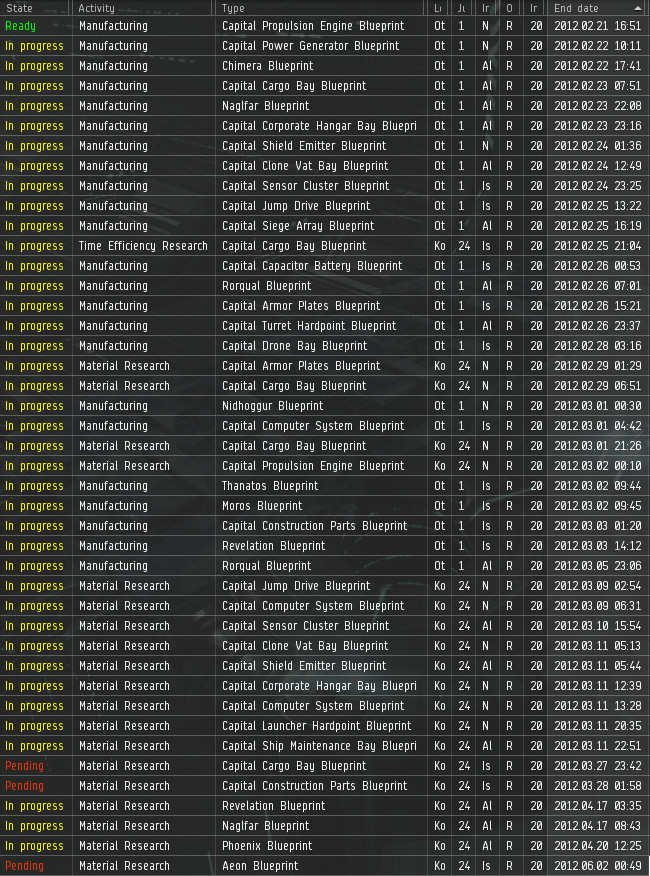 ...and this is the state of my indy corp's science and industry jobs. It would be a little longer if I waited to start run 64, and for a few personal research jobs to finish and go back in as corp jobs, but eh. Notable are the component blueprints being researched, which will replace my current under-researched set.
Posted by Parasoja at 11:16 AM