So Kelleris won again. I was really hoping that wouldn't happen.

Not that I don't love you, it's just really awkward. And the round when we got a large number in the jackpot for the first time, and several new players, is the worst possible time.

At this point I don't think anybody is going to believe that Kelleris isn't my alt. It's even starting to strain the bounds of what I can believe, and I wrote the thing. I decided to make sure.

I downloaded the remote copy of the lottery script to the development machine, enabled debug mode, and downloaded a copy of my wallet API so it could run quickly. Stuck the main script inside a loop, ran it 70 times, and this is what it gave me: 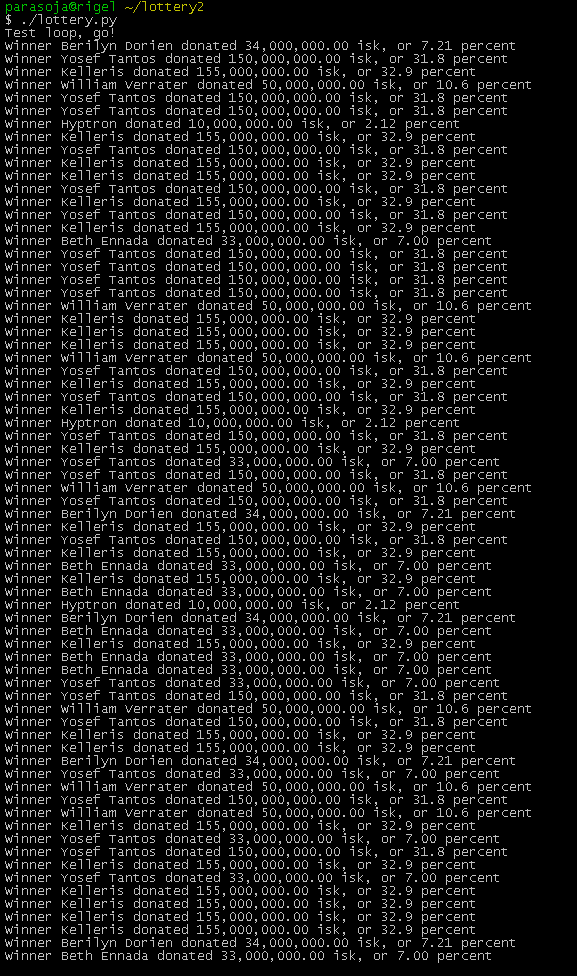